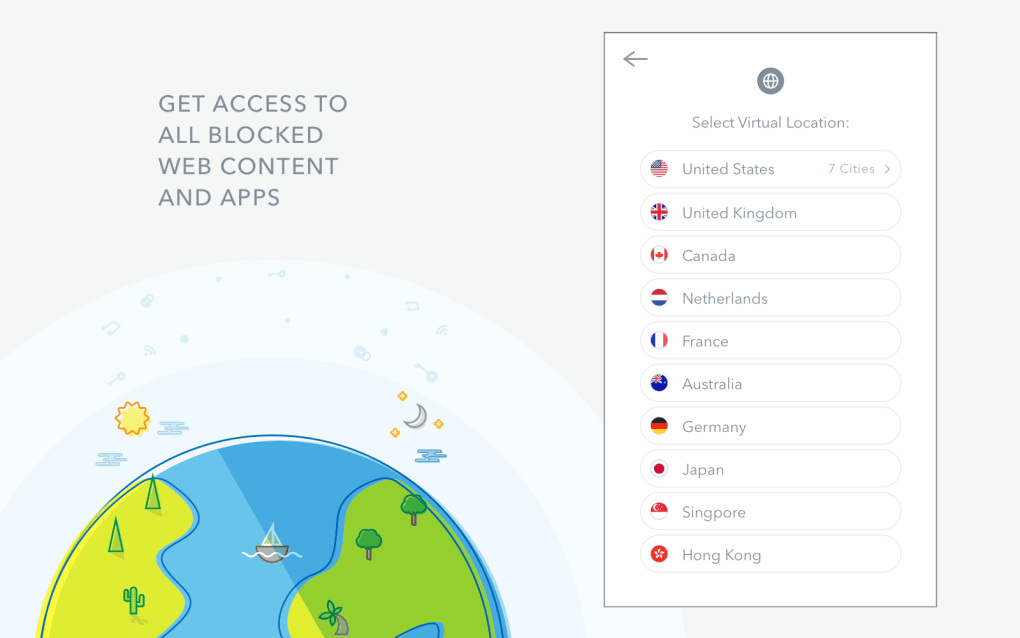 Betternet - A Free VPN Made Simple

Betternet is a free VPN program that is available for Android, Windows, iOS and Mac. It can be downloaded to your desktop or installed as an app to your smartphone. It connects to a remote server and routes your internet connection through a private server rather than the internet service provider (ISP).

What are you using Betternet for?

Betternet is a great tool that allows you to reroute your router or device to a private network. This will make it independent of the internet service provider (ISP). Betternet secures your connection to a remote network. This can speed up data transfer and is faster than if it were to be done through your device.

What are the benefits of Betternet VPN?

The best thing about the program is its freeness. There are plenty of paid and free VPN programs, but Betternet guarantees high quality for free. They make their money by making ads visible to users and relying on affiliate programs and apps for income. Betternet Premium, which was recently added, offers enhanced services at a minimal price.

Betternet doesn't sell your data to any third parties. Your privacy and security are well protected. It is far more secure than other free VPN programs. It is a well-known program that is transparent and thorough about their privacy policies. Betternet VPN offers both 256 bit AES encryption over OpenVPN protocol and 128bit encryption over IPSec. This makes it a reliable network to pair with.

Betternet is compatible with many operating systems and is available on all devices. This makes it a well-known and widely used unpaid VPN provider. It is not heavy to load on your system.

What are the negatives to Betternet?

The biggest problem with free VPN programs is that you are subject to a lot of advertising and marketing messages. The constant messages and advertisements can distract you from the real world. There is always a possibility that your data may not be secure, as the service provider allows access to affiliates to reach out to you. Even with all security measures, malware and viruses can also penetrate the system.

Betternet's speeds can be as low as 100 Mb/s, which can make it difficult to connect. This VPN is not recommended for downloading torrents or other data.

Betternet's servers are located all over the globe, but the company is based here and falls under Canadian jurisdiction. It is possible for government agencies through the network to track your data. This is a common practice, but it raises questions about privacy and individual rights to information.

A 2016 academic study revealed that Betternet was one of the top 10 Android apps that can track user data and allow third-party tracking software. This has drawn a lot of criticism from users around the world. Betternet did however amend and tighten its security, and made the documentation more transparent after the study.

What are the alternatives for Betternet?

There are many VPN software options, but Betternet is the most popular. Hotspot Shield is faster than Betternet due to the speed of its internet connections. Nordvpn also rates higher in security than Betternet. It also competes against a variety of paid VPNs and service provider providers, which one would choose to avoid ads and have more privacy. Overall, Betternet is distinguished from its competitors by many fine points. Privacy is certainly one of these key factors.

What is the final word on Betternet's future?

Betternet is a VPN app that serves the purpose and is one of the most used programs and apps. The app is subject to criticism for privacy breaches and the possibility of a third-party tracking system for data. This is a deterrent to many users. The speeds are also too slow for many users, which defeats the purpose of sharing data and accessing it from different sources.