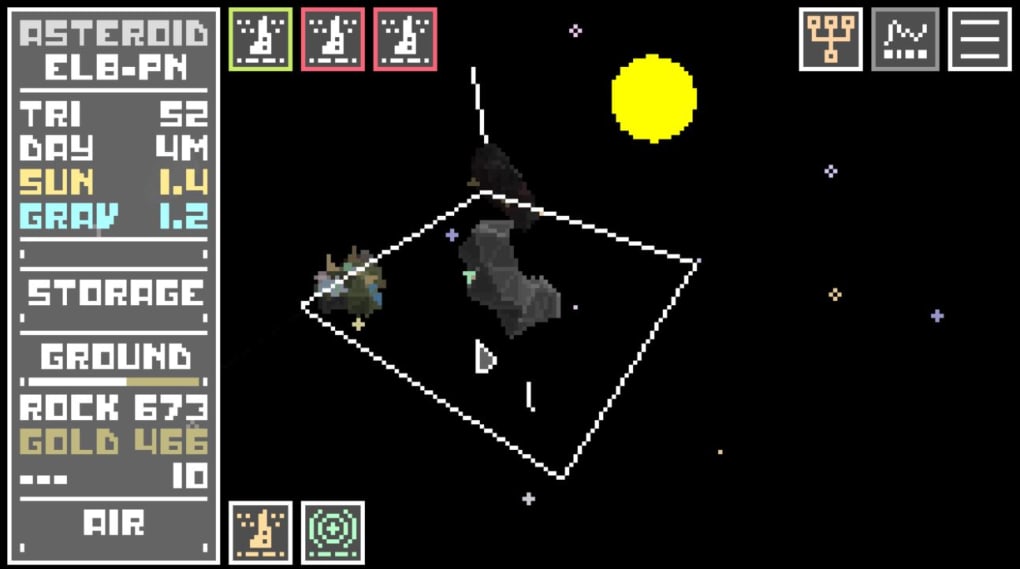 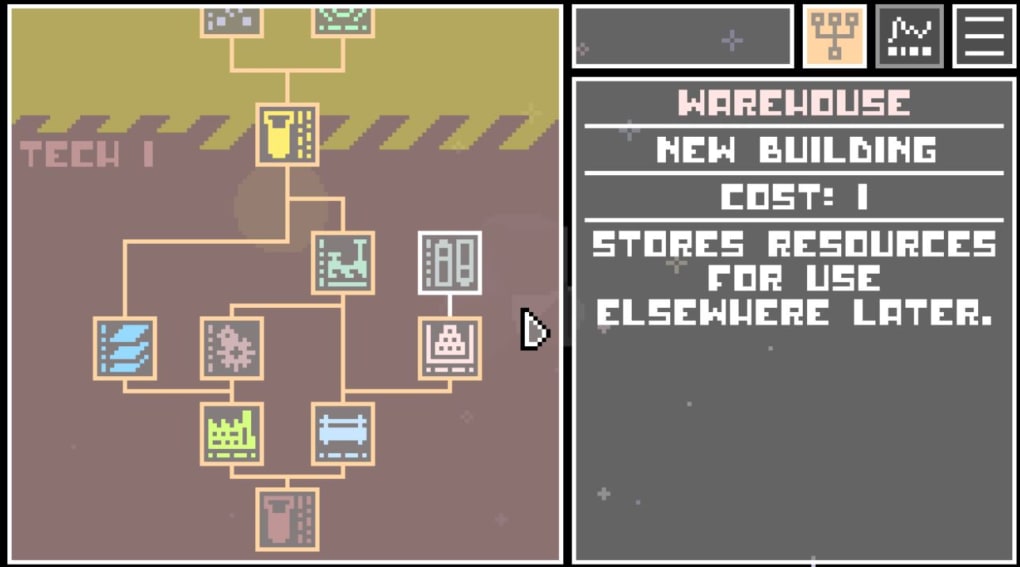 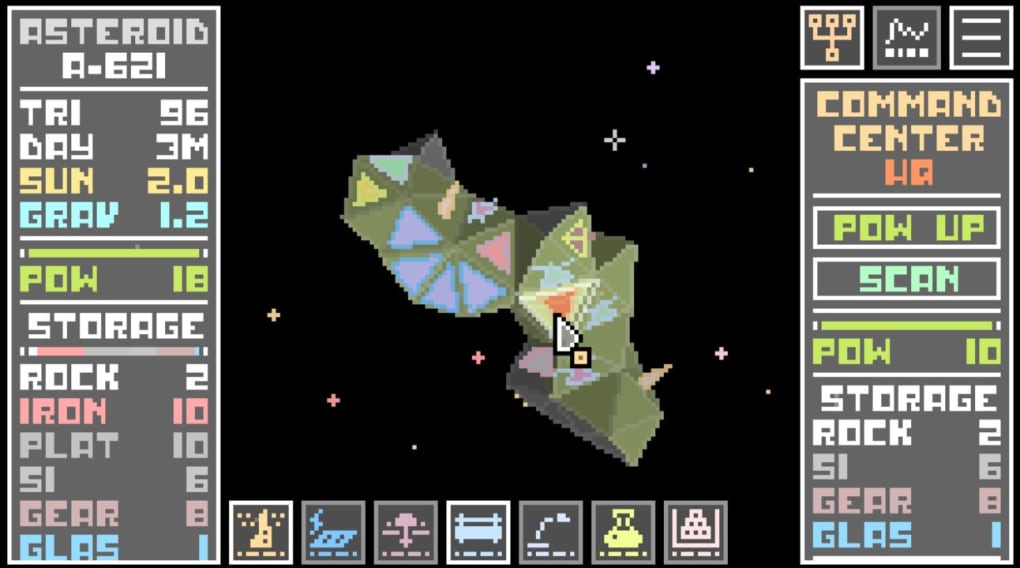 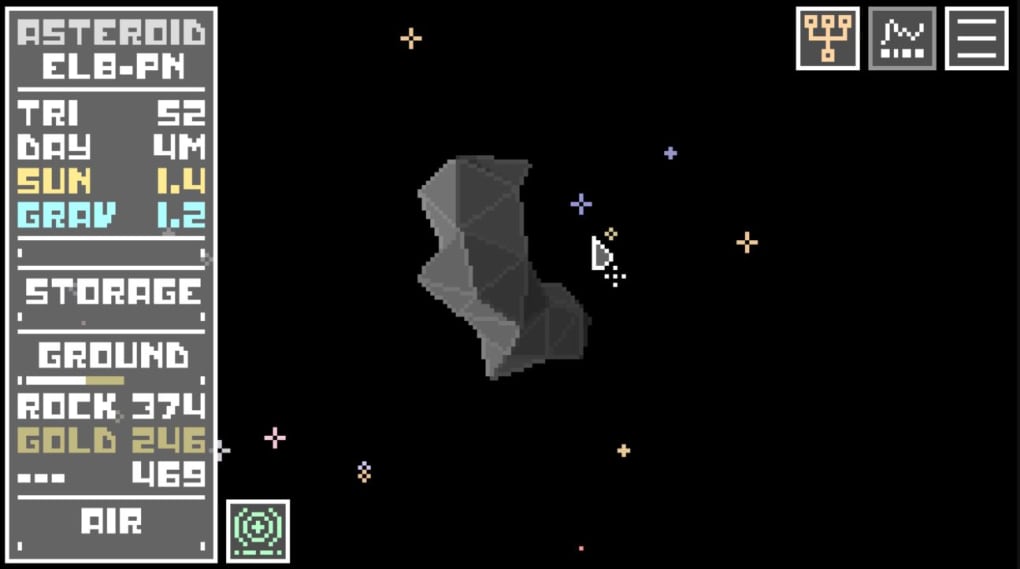 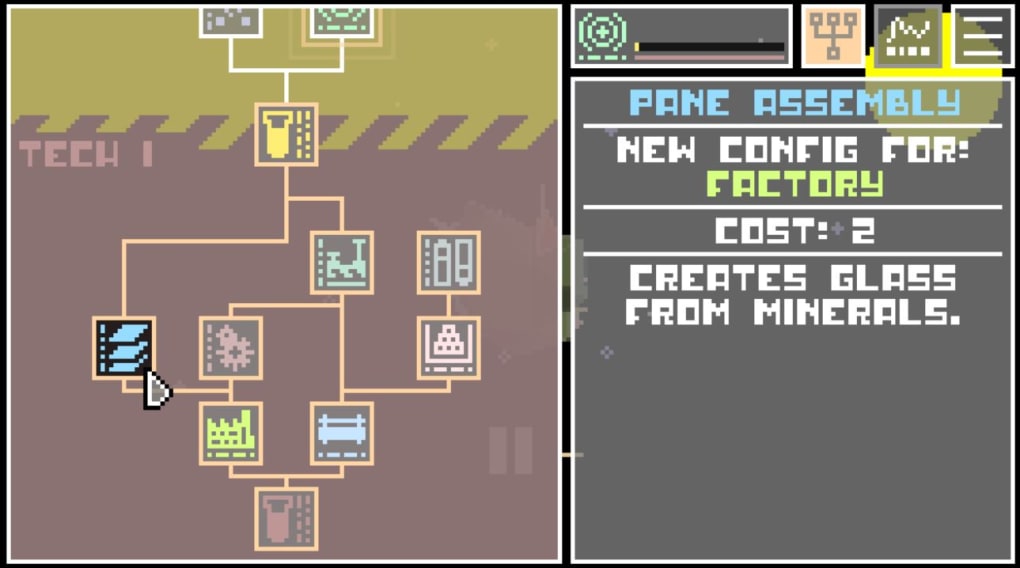 Outer Belt Industries, a game by Nate Largo, is an early version. It is a space-based and empire-building type of game. This downloadable Windows game allows you to mine various asteroids for precious metals or rocks. You can create a whole industry and improve your scientific standing by doing this. You can build factories to automate production as your scientific knowledge grows.

Outer Belt Industries is still in its infancy. The Fertile Farm, however, is a completed product that is worth looking into if you are interested in this type of game without the military colonization aspects.

The game is played with your keyboard and mouse. Regular mouse users will find some controls intuitive. To select items or build, click left-click and then use the scroll wheel to zoom in/out. Other actions can be performed with the keyboard/mouse combination, but they are easy to learn.

If you don't plan to use it, then it's not worth going all the way to the outer asteroid Belt to mine metal and rock. These new materials can be explored using your best research skills. The new knowledge can be used to automate production and build storage for the raw materials.

You'll find the answer to your question if you've ever wondered if there's a universe all to yourself. There is serious competition for resources in the Outer Belt game.

Outer Belt Industries has been a positive start for the developer. The game's goal is to create an industry among the Outer Belt asteroids. This gameplay is a refreshing change from the usual goal of military dominance. Of course, you will have to deal with other occupants in the asteroid belt. But that's only part of the game.

This is a proof-of-concept prototype at the moment. It does allow you to see the progress made so far. You can also contribute to the developer to help him further develop the game or give feedback.