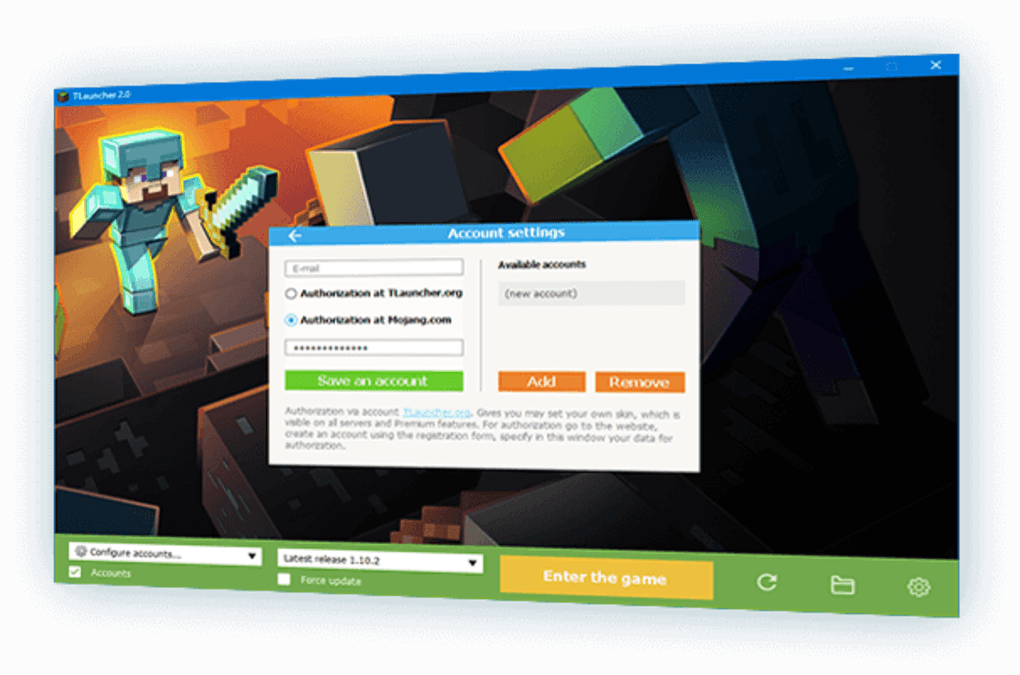 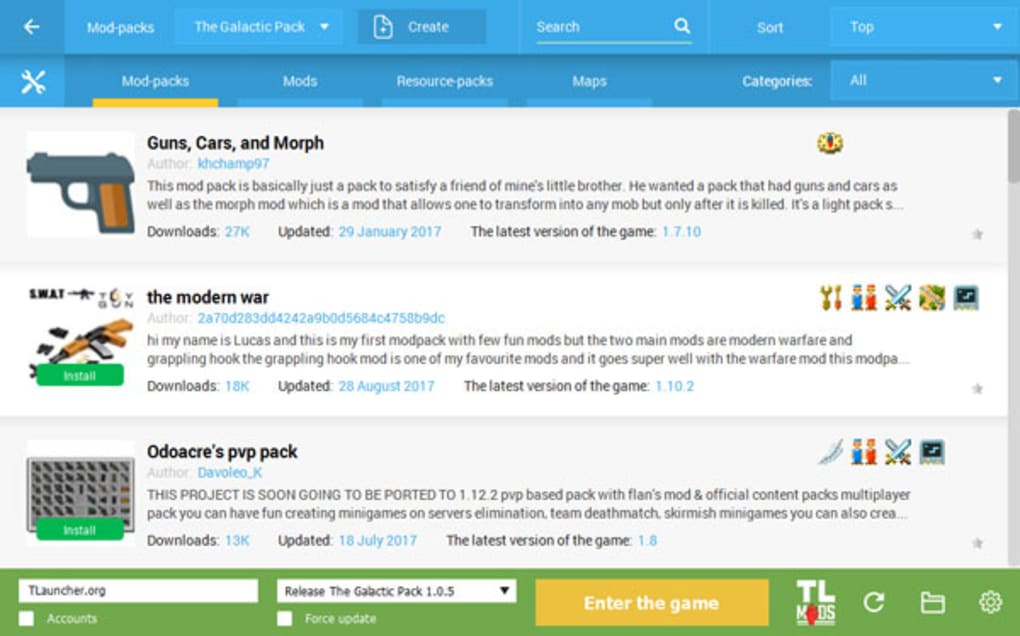 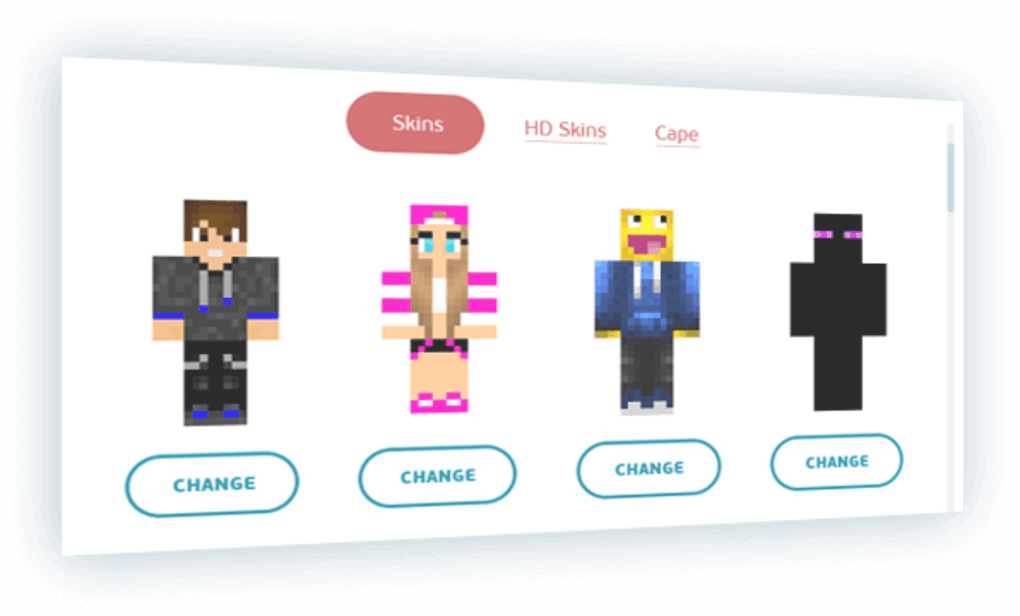 Launch Minecraft on your computer for free

TLauncher allows you to play multiple versions of Minecraft on your Windows PC. You can customize the skins and settings of your character while connecting to other players online. This program is more popular than similar programs like Epic Games Launcher, CurseForge, or Gameloop. Although the Mojang license has not been acquired by the development team, it supports all versions for free.

It is worth noting that the TLauncher Download connects to Mojang’s online servers to access the most recent versions of Minecraft. You have many options to play Minecraft, without any hassles. You can access all the content via the launcher, whether you are interested in the original sandbox or a modified edition.

It's easy to play Minecraft on your computer.

TLauncher cracks Minecraft Launcher. All versions of Mojang Studios' sandbox game are included in the program. It is worth noting that all files in the utility program are directly sourced from the developer's web servers. You will receive a safe, functional program that is clean and secure.

You can also install a modified version using this platform. One is called Forge and the other is called Optifine. These are vital to optimize the in-game experience, and increase FPS.

Does TLauncher support skins and mods?

You can use the licensed account if you are an existing Minecraft user. This program supports multiple servers and allows for customisation. It also has a comprehensive skin system. Players can create their own skins and capes as well as high-definition armor. You can create anything in the game and it will be visible to all users on the server. This allows you to become part of a growing community.

The Windows launcher includes mod builds. This feature comes with a large selection of maps, resource packs, and modifications. The system will automatically recommend mods that are compatible with your hardware configuration. The program will install the files in a matter of seconds and you can choose from an infinite number mods. You can use the advanced mods installation functionality if your system requires access to an API Library.

Can mods and skins be customized?

You can configure everything within the program, including skins, characters, and mods. Mods can be quickly disabled by being displayed in a list. You don't have to delete any files in the game's source directory. This allows you to select the features you want at any time. This third-party Minecraft Launcher allows you to search for mods by entering the game name in the search bar.

Windows launcher allows you to create custom skins. The dedicated mod pack system of TLauncher includes a large number of maps, mods and resource packs. Each one has a description and a screenshot to help you understand it better. You can easily choose the items you need to enhance your gaming experience from the catalogue. The program checks your system's compatibility when you play Minecraft.

What about customer service?

The development team is responsive and welcomes feedback. You can submit bugs and other issues to the launcher. You can quickly send your message by simply entering the subject and describing the error. You can also add screenshots to help you explain the issue better. Most cases, developers will respond quickly to your request to fix any issues.

The TLauncher is a great alternative to the official Minecraft Launcher. The lightweight installation package won't impact system resources and will give you access to all mods that are available to your official account. You can also easily customize your appearance, character, and other aspects of game.

While most people prefer to use the official Minecraft Launcher for their Minecraft games, casual gamers can use TLauncher which is a lightweight installation package. The program allows you to create maps and games for users around the world. The launcher allows you to log in with a Minecraft account.

TLauncher allows gamers to create their own Minecraft maps, mods and battles, characters, skins and almost every other thing. Although the desktop application is free, it has not yet been granted a Mojang license. You can skip third-party app recommendations if they are made during the installation process.